Being a person that everyone likes can seem like something that only happens to the very lucky few. But the truth is, anyone can be liked in almost any situation. According to experts, there are some things you can do to make sure that you’re being well-received by others.

“In order to be liked, you must genuinely like others,” Christine Scott-Hudson, psychotherapist and owner of Create Your Life Studio, tells Bustle. “Notice what’s beautiful about them and pay attention. We all want to be seen, heard, respected, included, and liked. Right from the beginning, show respect to the other person you’re meeting and you’ll be well-liked.”

When you’re trying to be liked, your mind becomes so focused on what you should be saying or doing. But people like being around people who like being around them. It’s why Elizabeth Sherry, co-founder of the TCWEP networking group, tells Bustle, “When walking into a networking event or any other situation, instead of having the mindset of ‘Here I Am!’ go in with the mindset of ‘Oh, there you are!'” The key is to focus on who’s in front of you rather than yourself.

So here are some gestures that can help you be more well-received in almost any situation, according to experts.

If you want to be well-received in a certain situation, it’s important to be mindful of the message you’re sending without using words. For instance, using closed body language like angling your body away or using your arms or an object (e.g. phone) as a barrier can turn people off from approaching you. So as Maryann Karinch, body language expert and co-author of The Art of Body Talk, tells Bustle, “Drop any barriers between you and the other person. This demonstrates trust, and trust is fundamental to likability.”

2. Give Others Their Personal Space

“Part of building a sense of comfort with another person is being open and inviting without doing anything intrusive,” Karinch says. For instance, hugs seem innocent enough. But there’s really no need to go in for a hug every time you meet someone for the first time. While you may think it’s just a friendly gesture, others may find it uncomfortable. Instead Karinch says, “You’ll come across as far warmer and more likable if you make yourself approachable without moving into someone’s personal space.”

3. Listen And Pay Attention To The Person Who’s Talking

If you want people to like you, giving them your undivided attention is important. It’s so easy to tune out or get distracted for a number of different reasons. But it’s not only off-putting to talk to someone who doesn’t seem interested in what you have to say, it’s also pretty disrespectful. If you want to be likable, you need to show people that you respect them by actually listening to them. “There is almost nothing that shows respect for another person as much as listening,” Karinch says. Asking follow-up questions, providing commentary when appropriate, and showing genuine enthusiasm are easy ways to be more likable during a conversation with someone.

4. Be Mindful Of The Way You Speak And Make Adjustments If Necessary

Some people are naturally quiet and others are loud and animated. There’s really no “right” way to be. But if you want to be well-received in any given situation, be mindful of your environment and the people you’re talking to. “Use a pace, volume, and tone of voice that’s appropriate for the occasion, the space, and the person,” Karinch says. For example, if someone’s on the quiet side, it can be uncomfortable for them to be in conversation with someone who’s responding very loudly. You don’t have to completely change yourself to make others more comfortable. But it’s important to get a feel for how others are and make slight adjustments in the way you talk if you feel like it’s necessary.

People like knowing that they’re appreciated. So to get others to like you, compliment them. “These should not be forced or fake,” Dr. Catherine Jackson, licensed psychologist and neurotherapist, tells Bustle. “But give genuine compliments when you actually like something about someone else.” Just be aware of the types of compliments you’re giving and make sure they’re appropriate given the situation.

6. Mirror The Person You’re Interacting With

“One approach to become instantly likable is to establish a rapport with someone,” John D. Moore, PhD, licensed psychotherapist, tells Bustle. “A proven technique is mirroring.” Many times, you mirror people you like without really thinking about it. But according to Dr. Moore, you can also study another person’s body language and adopt some of their mannerisms. “Subconsciously, this creates a psychological bond because the other person believes they share something (although they aren’t sure what) in common,” he says.

7. Remember Someone’s Name And Use It Throughout Your Conversation

“It seems simple, but it can be incredibly meaningful for people to know you have listened to their name and remembered it,” psychiatrist, Sean Paul, MD, tells Bustle. You can trying repeating someone’s name throughout your conversation when it’s a good time to do so. Just be careful to not overdo it.

8. Show Up As Your Authentic Self

“So often people try to be something other than who they really are, and sometimes we go so far as to pose in certain ways while in public,” Matt Sherry, networking expert and co-founder of the TCWEP networking group, tells Bustle. In fact, studies have found that “power posing” can work to build confidence in some people. But the problem with power posing is, it’s based on the idea that you should fake it until you make it. When you’re trying to be a version of yourself that you’re not, it will show. “I’ve found that people are smart and can tell when something isn’t quite right,” Sherry says. “People will like you just for your willingness to show them who you really are.”

Everyone has it in them to be well-received by others. If you want to be liked in almost any situation, it really comes down to you being open, authentic, and mindful of the people around you.

Launched in 2009, Twin Cities Wedding and Event Professionals (TCWEP) is a dynamic organization designed to enrich the event industry by offering unique opportunities for industry pros to connect and network both in person and online. 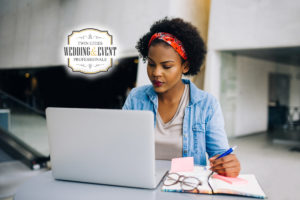 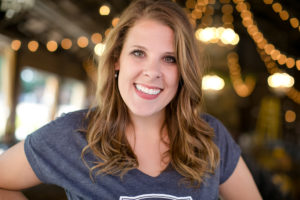 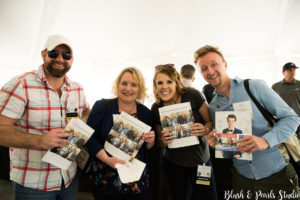